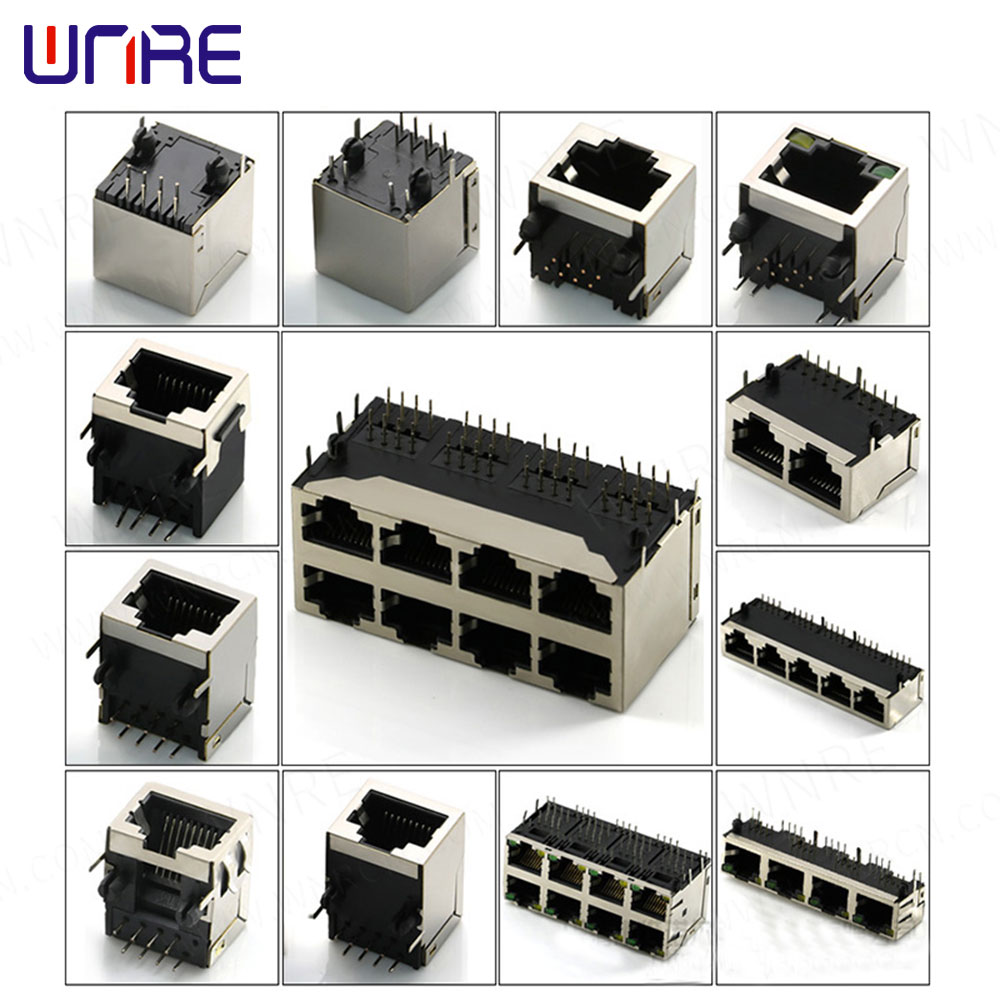 
Send email to us

RJ11:
RJ11 usually refers to a 6 position (6 pin) modular jack or plug. There is no international standard for this connector and it is referred to in the Universal Integrated Wiring Standard. Also, the name is often used for 4-pin versions of modular connectors, causing confusion.

The RJ11 interface is similar to the RJ45 interface, but only has 4 pins (RJ45 has 8 pins). In computer systems, RJ11 is mainly used to connect the modem. 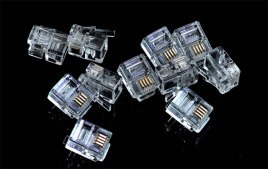 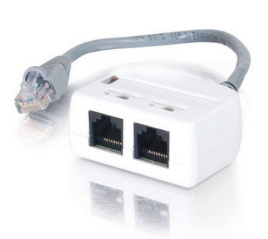 The RJ45 Modular Plug, also known as the RJ45 Crystal Plug, is used for terminating data cables, enabling connections and changes between devices and distribution rack modules. The RJ45 crystal head requires good conduction performance; The gold-plated thickness of the contact triprate reed is 50μm, which meets the transmission standard of Class 5 and conforms to the line sequence of T568A and T568B. It has the functions of preventing loosening, plugging and self-locking.

The RJ45 plug is a standard connector in the copper cable wiring. It and the socket (RJ45 module) together form a complete connector unit. A connector composed of these two components is connected between the wires to achieve electrical continuity of the wires. It is also an integral part of the integrated wiring technology finished jumper, the RJ45 crystal head is usually connected to both ends of the pair of twisted cables. In the specification of the comprehensive wiring design installation, this accessory product is usually not listed separately, that is, do not advocate the user to complete the twisted pair and RJ45 plug connection work.

The difference between RJ11 and RJ45: different standards, different sizes (RJ11 has 6P6C\6P4C\4P4C\4P2C, where C represents the number of gold needles in the crystal head; Eight RJ45 p8c).

RJ11 is 4 or 6 pin and RJ45 is 8 pin connection device. Due to the difference in size, it is obvious that the RJ45 plug cannot be inserted into the RJ11 jack. The reverse is physically possible because the RJ11 plug is smaller than the RJ45 jack, thus giving the illusion that the two should or could work together. Actually, it's not. It is strongly recommended not to use the RJ11 plug for the RJ45 jack.

Because RJ11 is not standardized, its dimensions, insertion force, insertion Angle, etc. are not consistent with standard connector design requirements, thus interoperability cannot be guaranteed. They even cause damage to both. Since the RJ11 plug is smaller than the RJ45 jack, the plastic parts on both sides of the plug will damage the metal pins in the inserted jack.

Payment: TT,LC, Western Union, Money Gram, PayPal etc., T/T 30% as deposit and the balance before delivery. We'll show you the photos of the products and packages.

Write your message here and send it to us